John Jay Knox was of Scotch-Irish descent. He was third generation American. He was born in Montgomery County, New York in the Mohawk River Valley.

The immigrant ancestor of John Jay Knox was John Knox (1730-1771) who was from Strabane, Ireland. John Knox was of Scottish descent. He immigrated to America in 1760, and he settled in Schenectady, New York, which is also in the Mohawk River Valley.

The Hudson River Vally and Mohawk River Valley were first settled by the Dutch, who were principally traders and businessmen. The Dutch settlements attracted businessmen from many places in Europe as well as from the Netherlands, for example from France, Norway, and Germany, among others. In keeping with this variety, John Jay Knox had ancestors from many of those countries. 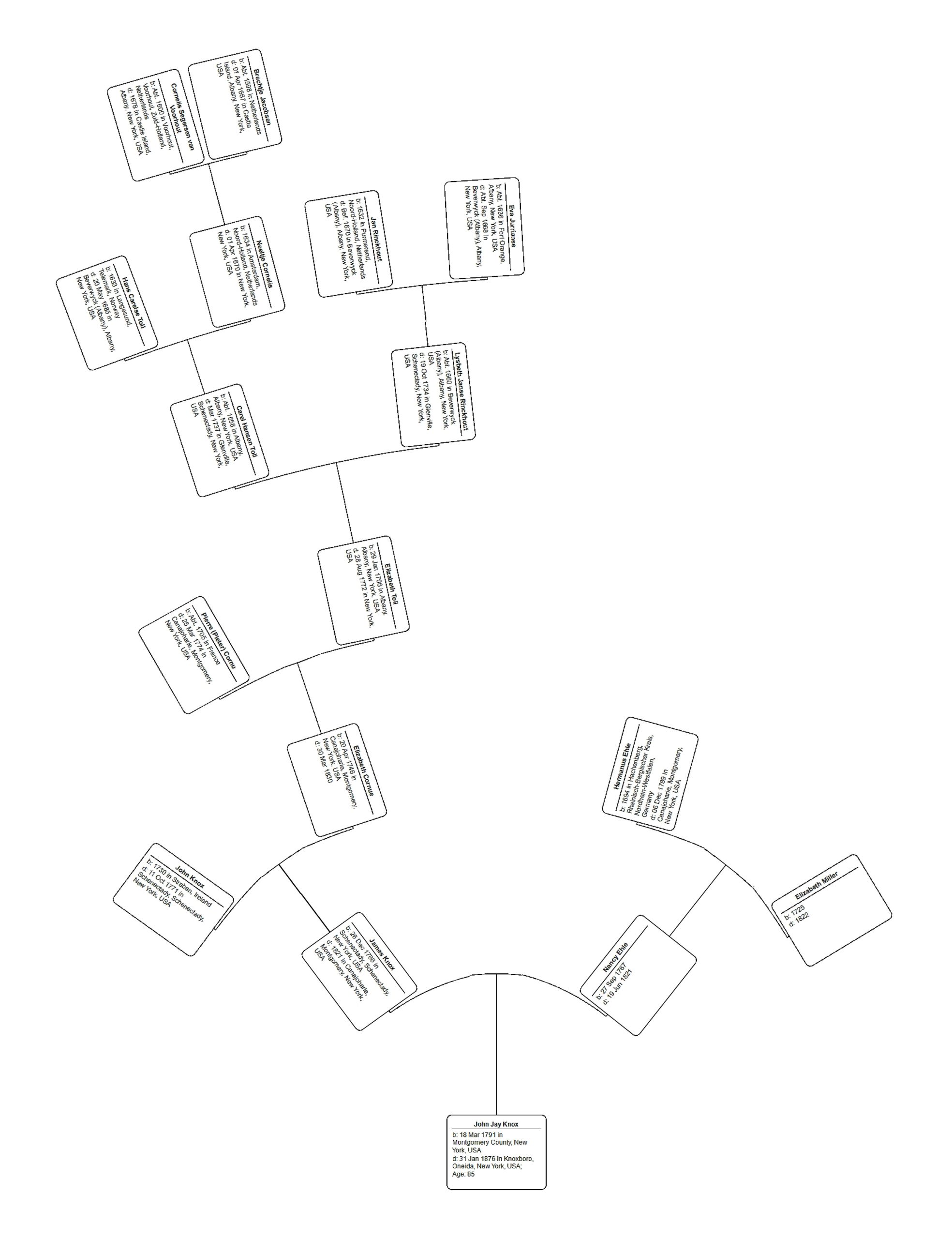